Budapest is often being called “Paris of the East” – in our opinion it is one of the most beautiful cities in Europe. Are you planning a weekend or just a few days in Budapest? In both of these cases, you are at the right place! In this article, we will share with you our favorite places in Budapest – what to do, where to eat and when to visit the sights, so you can enjoy them alone!

Budapest was founded in 1873 by merging three cities (Buda, Old Buda and Pest) and currently has a total agglomeration of about 2.5 million inhabitants.

Budapest absolutely stole our hearts during our first visit and we hope to come back soon. The city is a bit bigger than Prague and we definitely recommend coming there for at least long- weekend. You won’t be able to do everything in one day without hurry.

Where to find accommodation?

Budapest’s sights are spread all over the city – get ready for sore feet and a lot of kilometers! We walked over 50 km during our three-day stay. Be sure to choose accommodation somewhere in the centre.

Where to have coffee and where to eat?

Do you love coffee shops? Then Budapest is the right place for you! You will find there hundreds of beautiful cafes where you can have a delicious breakfast at affordable prices. For excellent food, we definitely recommend Street Food Caravan – something like a “street food market.” You will find there many stands with snacks (Hungarian and international cuisine). We went there (several times) to taste the local food like our favorite Langoš.

However, we did not have the best Langoš in the above-mentioned alley, but right next to the Szechenyi Spa in a small stall in the park (address: Allatkerti Krt. 3. Varosliget – Citypark, Budapest 1146).

You can also enjoy a great coffee in the café Vinyl & Wood – Get Lost in Wonderland.

Places to see in Budapest

Like most of the European cities, Budapest is very popular among other travelers. If you are a morning bird, you will be OK! If not, you should definitely consider it. Every day we woke up between 6 AM – 7AM and enjoyed most of the places all to ourselves. At the end of this article you can download a map with itinerary for 2 days.

Fisherman’s Bastion is one of the most iconic sights of Budapest. From its lookout terraces you can observe a unique panorama – a view of the whole city. This place is usually crowded, so we highly recommend going there in the morning to enjoy a beautiful sunrise 🙂

The seven stone towers symbolize the seven chiefs that founded Hungary in 895. The Fisherman’s Bastion was built between 1895 and 1902 and was reconstructed after World War II.

TIP: If you go to the Fisherman’s Bastion early in the morning, you won’t have to pay for the entry fee, which is paid in the afternoon. The turnstiles are wide open and no one is guarding them.

Right next to the Fisherman’s Bastion you can admire this Roman Catholic church from the second half of the 14th century (late Gothic architecture). Matthias Church is the second largest church in Budapest. Throughout history, it played a very important role – two ruling parties were crowned between its walls. Its roof resembles a church in Vienna.

Buda castle was the seat of Hungarian kings. It was first completed in 1265, but the Baroque Palace, which occupies most of the complex, dates from 1749 – 1769.

Today you can visit there the Hungarian National Gallery and the Budapest Historical Museum. We were not inside the castle – so we can’t judge if it’s worth it. We like to come here because of the beautiful view of the chain bridge. If you do not want to climb uphill, you can use the funicular, which will take you there.

The Gellért baths are connected to the Gellért Hotel, which construction began in 1912. The spa is really large and offers several indoor and outdoor thermal pools. In addition, the outdoor pool has artificial waves.

Some indoor pools require a swimming cap – for a few Forints you can buy it directly at the spa. We went there as soon as the baths opened it’s doors – a great opportunity to fill the time before we could check in to our accommodation 🙂 The spa is really beautiful (Art Nouveau style).

You can check the entry fee here.

The most famous bridge that connects the cities Buda and Pest across the Danube. It was opened in 1849 and thus became the first permanent bridge over the Danube River in Hungary.

At the time of its construction, it was considered one of the world’s modern technical wonders. It was of great importance to Hungary – much like the Brooklyn Bridge for the United States.

The seat of the National Assembly of Hungary is the largest building in the country. It combines 3 architectural styles: Gothic, Baroque and Renaissance.

Inside there are 614 rooms and Hungarian crown jewels. The most beautiful view of the parliament building is from the other side of the Danube river or from the Fisherman’s Bastion.

7. Shoes on the Danube Bank

Sixty pairs of men’s, women’s and children’s shoes lie on the banks of the Danube river (near the parliament building). They commemorate the death of Jews during World War II – 9.12. 1944, when a group of Jews were brutally killed by machine guns.

Even today, people light candles at the memorial for those who died unnecessarily during the end of the war.

Not that this was exactly our favorite place, but for example on our first visit to Budapest, we didn’t know what this monument commemorates.

You can also visit the Roman Catholic Basilica near the parliament. It is named in honor of the first king of Hungary – Stephen. His right hand is said to be placed in a reliquary.

You can go to the basilica for an orchestra concert.

Heroes’ Square is one of Budapest’s main squares, known for its iconic sculptures. Here you can find statues of seven chiefs and other important leaders and a memorial stone of heroes. The square is located next to the city park.

The largest healing spa in Europe! The water is supplied by two thermal springs, whose temperature is 74 and 77 degrees Celsius. It was built in the Neo-Baroque style in 1913 and is the most famous spa in Hungary.

We recommend going to this spa for “night swimming” in the evening.

Beautiful park close to the city center with an area of ​​1.2 square kilometers. If you want to take a break from the hustle and bustle of the city – this is the right place! In the middle of the park you can relax by the pond – in winter you can skate here.

Vajdahunyad Castle was built in 1896 as part of a thousand-year exhibition – 1000 years since the conquest of the Carpathian Basin. The castle is inspired by several buildings from different parts of the Kingdom of Hungary – especially Transylvania (now Romania). Today you can visit the Museum of Hungarian Agriculture – the largest of its kind in Europe.

What are your favorite places in Budapest? Share them with us in the comments 🙂

Traveling to North Macedonia, places to see and trips

WATCH OUR LATEST VIDEO
LET’S STAY IN TOUCH !
WE ARE PROUD AMBASSADORS 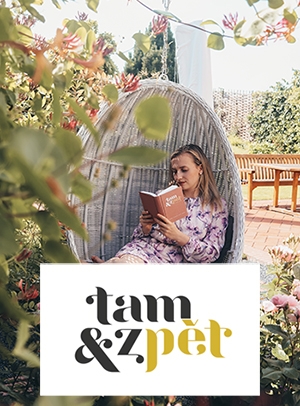 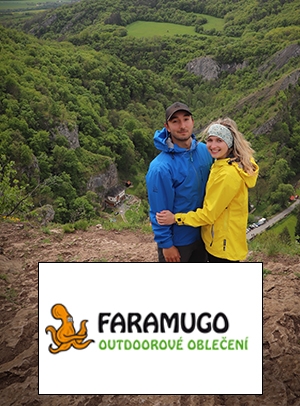 This website uses cookies to improve your experience while you navigate through the website. Out of these cookies, the cookies that are categorized as necessary are stored on your browser as they are essential for the working of basic functionalities of the website. We also use third-party cookies that help us analyze and understand how you use this website. These cookies will be stored in your browser only with your consent. You also have the option to opt-out of these cookies. But opting out of some of these cookies may have an effect on your browsing experience.
Necessary Always Enabled
Necessary cookies are absolutely essential for the website to function properly. This category only includes cookies that ensures basic functionalities and security features of the website. These cookies do not store any personal information.
Non-necessary
Any cookies that may not be particularly necessary for the website to function and is used specifically to collect user personal data via analytics, ads, other embedded contents are termed as non-necessary cookies. It is mandatory to procure user consent prior to running these cookies on your website.
SAVE & ACCEPT
wpDiscuz
0
0
Would love your thoughts, please comment.x
()
x
| Reply